An Anderson project manager has scooped yet another award – this time, a prestigious Seal of Excellence.

Alan Clarke has been recognised by the National House Building Council (NHBC) in recognition of his work on Anderson’s Faversham Lakes development, a 330-home scheme located just outside the Kentish market town of Faversham.

This summer, Alan was named a Quality Award winner by judges at the NHBC. He then went through to the next stage.

The latest winners were announced at a Pride in the Job South East awards ceremony on Friday, October 29 – where Alan was given a Seal of Excellence.

Alan said: “I’m delighted to win this award; it is such an honour for myself and the site team.

“It is always great to be recognised, but to win such a prestigious award as this is fantastic.” 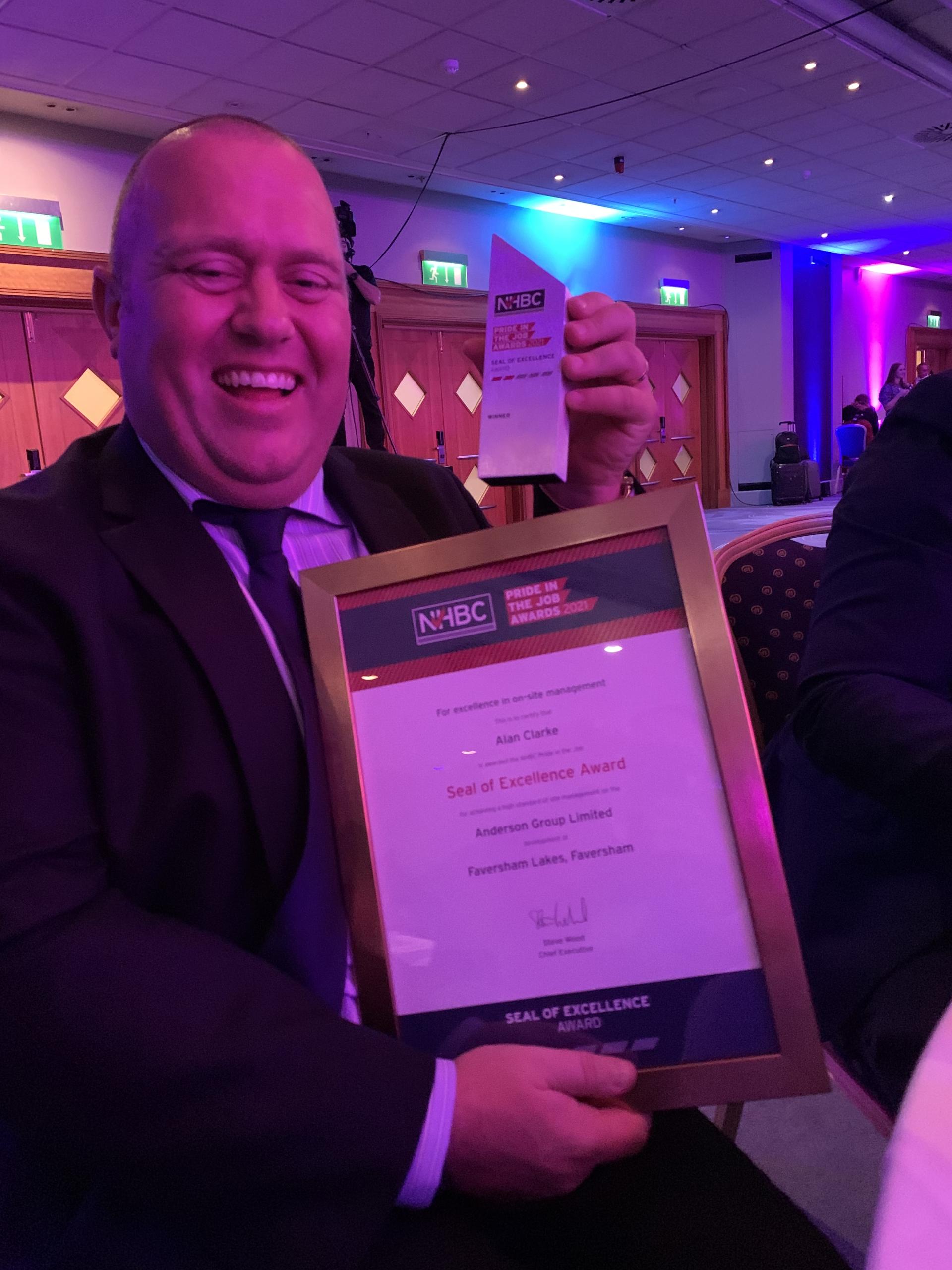 Glenn Potter, Managing Director of the Development Business, said: “Congratulations to Alan on this superb win.

“To be awarded a Seal of Excellence is a real accolade. We’re very proud of him and the wider team. Well done!”

Now in its 41st year, a Pride in the Job award recognises site managers who demonstrate dedication, passion, commitment and leadership to produce homes of exceptional quality.

Steve Wood, NHBC Chief Executive, said: “Pride in the Job has been pivotal in improving the quality of new homes for more than 40 years and, after such a tough period for the country, it’s fantastic to be able to celebrate them in person this year.

“Despite the numerous challenges the industry has faced, the very best site managers of 2021 have remained focused on delivering high quality new homes for their customers.

“A site manager’s role is one of the most challenging in house building. Recognising their persistent drive for excellence is very much at the heart of the competition.

“Receiving a Seal of Excellence Award is a great achievement for any site manager and a Regional Award even more so, placing them at the top of their profession. It’s no surprise that Pride in the Job winning sites have higher levels of customer satisfaction. The homes being built are among the best the UK has to offer.”