Two Anderson employees are celebrating after catching the eye of judges and scooping a pair of awards.

Max Turner, from Colchester, was named Young Achiever at the recent CONSTRUCT Awards, while Chris Wheelwright, from Chelmsford, picked up the Unsung Hero Award.

Both said they were delighted to have been recognised at the industry awards, which took place earlier this month in London.

The 24-year-old trainee engineer, who is currently based on Anderson’s Haverhill site, tried his hand at various roles on site before enrolling on the BTEC Level 3 Diploma Construction and the Built Environment apprenticeship.

“It’s feels amazing to have won this award,” he said. “I was in disbelief when they announced my name. I really enjoy my job and as a trainee engineer, you get to know all aspects of a particular project. I’ve learnt a lot.

“I’m grateful for all the help and support I’ve had along the way.”

Chris, 42, joined Anderson 22 years ago as a Junior Site Setting Out Engineer. He was quickly recognised as someone who had a promising career ahead.

Within two years of completing his college course, he was promoted to Senior Setting Out Engineer and excelled. 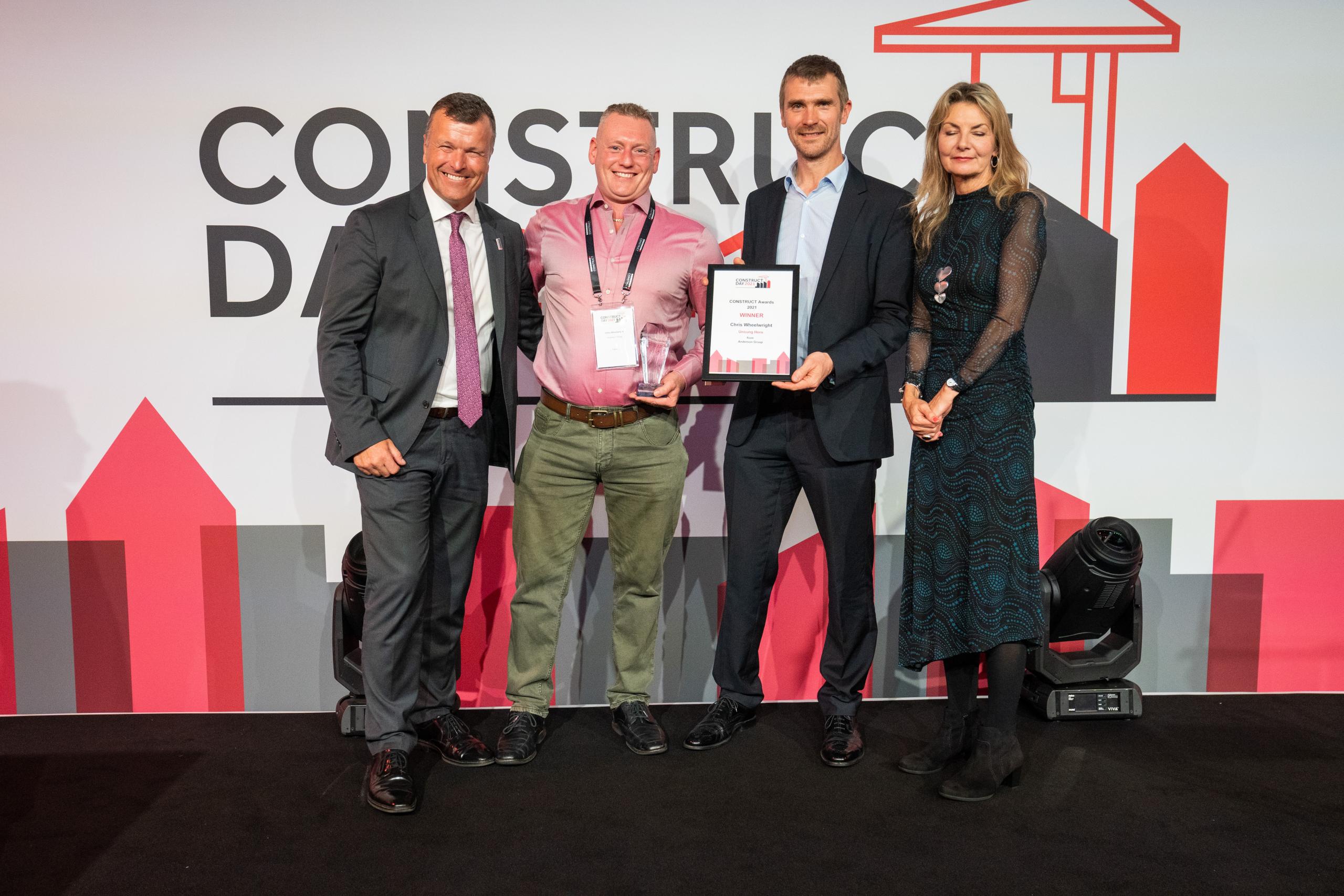 “It’s great to be recognised for my efforts,” said Chris, 278 Works & Infrastructure Manager, who is based at the head office in Chelmsford but often visits various sites, including the one at Haverhill. “I really enjoy my job and the team I work with.”

Steve Howe, Managing Director – Construction, said: “We are delighted to see that the hard work and dedication of our Anderson employees has been recognised on this national scale.

“Here at Anderson, we are always keen to celebrate our people on the ground – we are a close-knit family. We are really proud of Max and Chris, a big ‘well done’ to both of them, from everyone at Anderson.”

For more information on the CONSTRUCT Awards, visit https://construct.org.uk/construct-day/construct-awards/