Anderson is celebrating after scooping two wins at the National Building and Construction Awards 2021.

The awards were for Apprentice of the Year for Sasha Harvey and Contractor of the Year (contract over £5m), and were announced on Thursday, November 18, at a ceremony at the Hilton London Wembley. 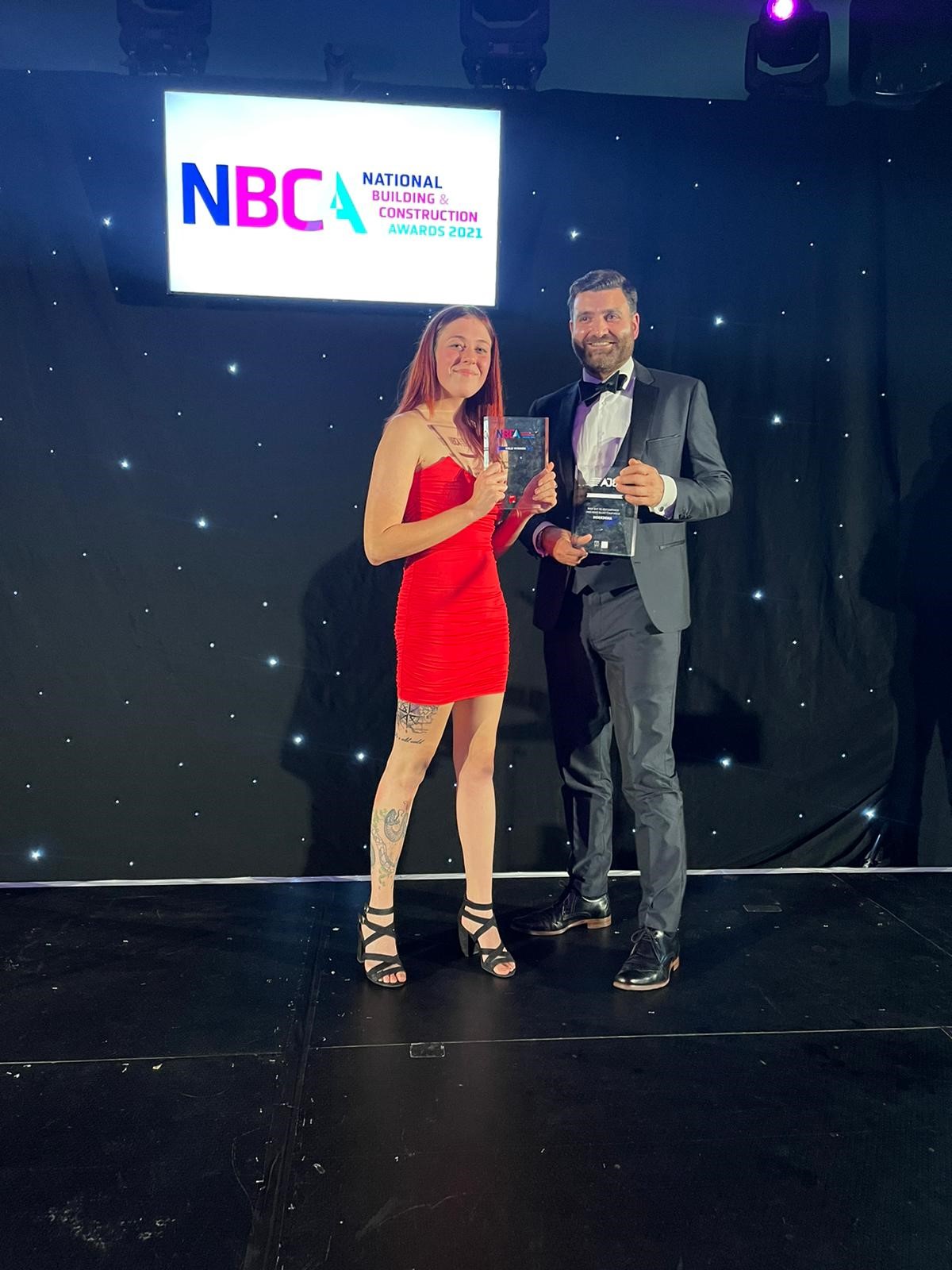 Sasha, who is a trainee site engineer at Anderson and started her apprenticeship three years ago at the age of 16, said: “I’m so honoured to have won this award – I really didn’t expect to be shortlisted for it, let alone win it, so I’m delighted.”

Originally, Sasha wanted to be an architect but after spending some time shadowing her dad on site at 13, she realised she wanted to work outdoors instead of in an office. This was actively encouraged by her family, many of which worked in the industry.

At Anderson she started her level 3 BTEC in construction and the built environment, is now doing a level 4 HNC, and will eventually earn a level 5 HND.

Sasha, who is currently working on The Mulberries development in Witham, said: “I’m really enjoying the course, the day-to-day training on site, and generally being an apprentice. The team is very supportive and have helped along the way.”

Training Manager Steve Hammond said: “Well done, Sasha! Everyone here at Anderson is delighted for Sasha to have won this award. It’s a real accolade, and one she should be very proud of.

“Apprenticeships are a superb way to get hands-on experience from the get-go, and Sasha has gone above and beyond to embrace this opportunity.”

Anderson also won Contractor of the Year (contract over £5m) at Thursday’s ceremony.

Steve Howe, Managing Director of the Construction Business, said it was an honour for Anderson to have won this national award, and that he was proud of all involved.

He said: “We’re delighted to be recognised for providing high-quality services to most of the UK’s largest housebuilders.

“Awards such as this highlight our industry-renowned reputation for safety, quality and delivery and in terms of innovation in service and work delivered. It’s an honour to receive this recognition, and well done to the entire team.

“Congratulations to Sasha for her award too, what a great achievement.”