The project team of a 330-home development at a former gunpowder and aggregates site in Kent hosted a ground-breaking ceremony for the start of works on the second phase of affordable housing.

The team at Faversham Lakes invited a host of dignitaries to celebrate the start of work on a further 65 affordable homes, providing a balance of social rent and shared ownership homes.

Thirty-four have already been completed in phase one by developer Anderson and handed over to West Kent Housing Association.

Managing Director of Development at Anderson, Glenn Potter said: “From the outset of this project we committed to building all 99 affordable homes on site to form an integral part of Faversham Lakes.

“This milestone is a real testament to the close partnership we have formed with West Kent Housing Association and the continued support of Swale Borough Council, the Faversham Town Council, and our most immediate neighbours.

“As we lay foundations for the first affordable homes of this second phase, we look forward to seeing their new residents move in next year and enjoy what this historic town has to offer.” 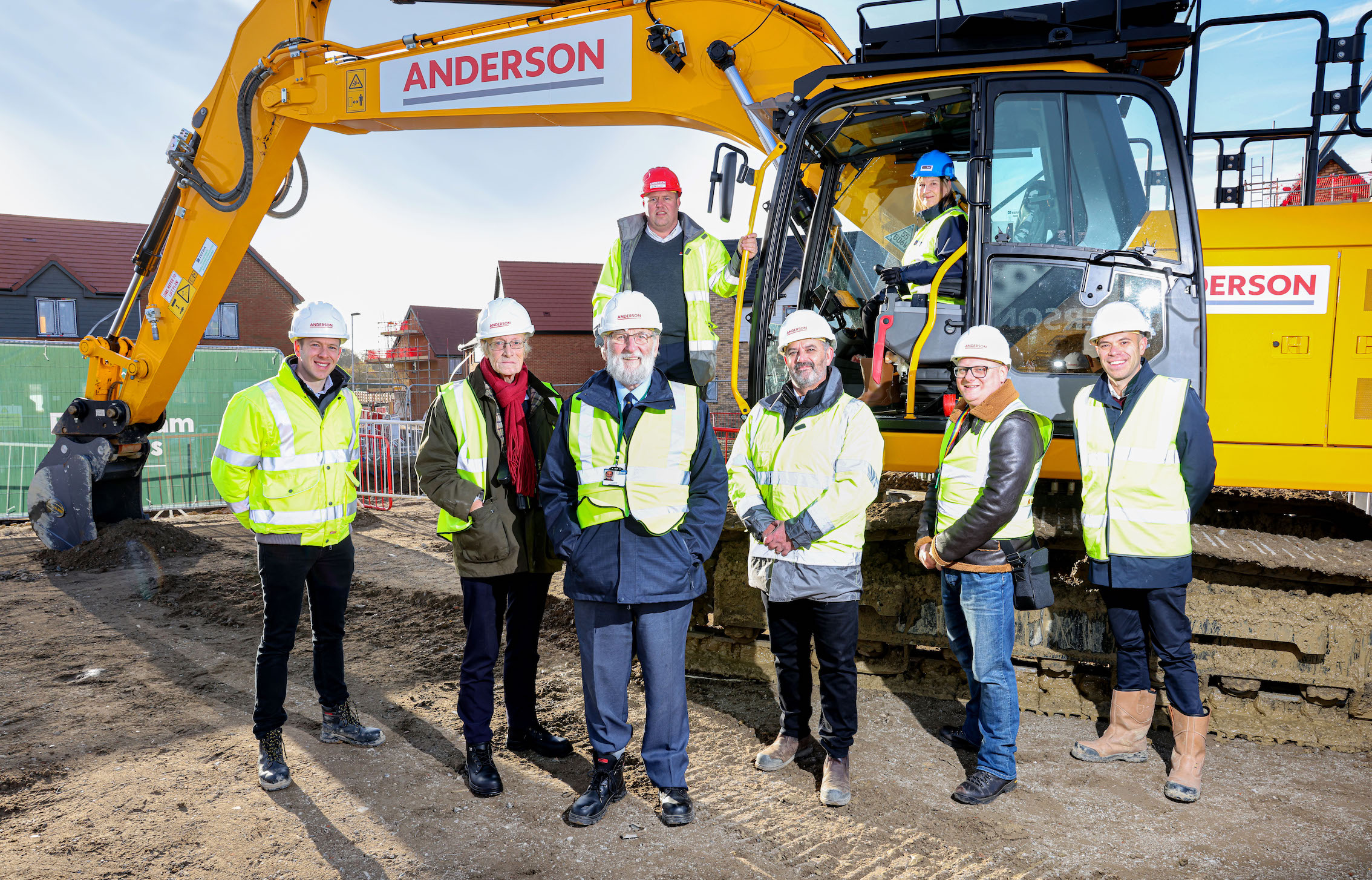 Anderson Project Manager Alan Clarke also won an NHBC Pride in the Job Quality Award and a Seal of Excellence Award for his work.

Anderson took ownership of the site in January 2018 and the project is due for completion in May 2024.

CEO of West Kent Housing Association, Tracy Allison, said: “We are delighted to see this exciting, new development continuing to deliver much needed housing in the Faversham area, helping local people get onto the housing ladder for the first time, as well as providing much needed housing for affordable rent.

“Phase two will see another 65 affordable homes built at Faversham Lakes, and ahead of schedule, demonstrating the strength of our partnership with the Anderson, Swale Borough Council, Faversham Town Council and of course the local community, highlighting the very real difference we make to lives locally.”

The Housing Association continues to work closely with Swale Borough Council which has pledged to provide at least 24,000 new homes in the region over the next 18 years.

Housing Cabinet Member for Swale Borough Council, Councillor Ben Martin said: “Faversham Lakes is a high-quality development that will deliver affordable homes for local people. It is thanks to the hard work of the council administration, officers, developer, housing association and ward member Cllr Mike Henderson that so many affordable homes are being delivered on this site. Everyone deserves a warm, safe, secure home they can afford.”

This was echoed by Deputy Cabinet Member for Housing for Swale Borough Council, Councillor Ghlin Whelan, who joined Cllr Martin on site for the launch of phase two.

He added: “Affordable homes for local people is a top priority for us and we’re pleased to be working with Andersons and West Kent Housing Association to do just that at Faversham Lakes.