Helping out KidsOut this Christmas

Usually, at this time of year, employees working out of the Anderson HQ in Chelmsford would be pulling colleagues’ names out of a hat for the company’s Secret Santa. However, after such a tumultuous year, we thought we’d repurpose the tradition to do some good in the world.

The Covid-19 crisis and subsequent lockdown measures have exacerbated the plight of such children, with a significant increase in the number of abuse incidents being reported over the past nine months. 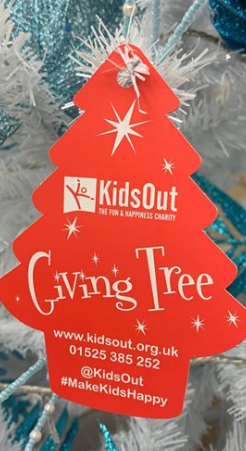 In addition, the charity’s usual fundraising activities have been adversely affected by the cancellation of nationwide events, from which they would usually garner support. KidsOut estimate they have lost out on over £500,000 of income since March 2020.

Leah, who had planned on running the 2020 London Marathon for the charity, has convinced all of the Chelmsford staff to forgo their Secret Santa this year, and instead has asked the team to individually purchase presents for vulnerable children through KidsOut’s ‘Giving Tree‘ campaign.

Gifts can be purchased directly from KidsOut for as little as £5. If you or your company would like to donate to the cause or simply buy a gift for a child in need, please click on the image below.

Thank you in advance for your support.