It’s all in the planning

For most, speed is certainly not something you associate with town planning. Here, we find out from Anderson Planning and Land Manager and medal-winning cyclist Tim Chilvers why he enjoys trying to push a big gear. 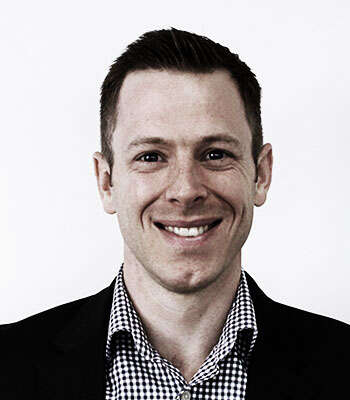 Picasso once said: “Our goals can only be reached through a vehicle of a plan… There is no other route to success.” OK, it’s a big leap from the greatest artist of the 20th Century to the day-to-day activities of a planning manager for a major developer, but it certainly rings true in this game. Enter Tim Chilvers…

Tim is the Planning and Land Manager for the Anderson Development business and is the go-to-guy for securing planning permission on newly acquired land prior to the diggers rolling in. But no two parcels of land are equal and the numerous legislative processes are just the tip of the iceberg when it comes to securing permission.

The task fundamentally involves knowing all the requirements of council officials, landowners, joint venture partners and housing associations – and balancing them with the needs and concerns of the local community and neighbouring residents.

“There are so many opposing forces pulling a scheme in different directions,” says Tim. “It’s really about settling on a compromise that strikes an appropriate balance… Planners like to make things very complex and scientific – for instance an interpretation of policy x, y or z – but the real breakthroughs come down to making the right phone calls, to the right people, at the right time.”

Take the Chilton Place development of 130 homes near Sudbury in Suffolk as an example, Anderson purchased the former industrial orchard in August 2019, with outline planning permission in place. Tim and the team immediately identified the key issues that could have stalled the next stages of planning. With the site adjoining a long-established housing development, they set about understanding the concerns of all the site’s neighbours, which involved a lot of conversations and a lot of cups of tea.

“Developers often outsource that kind of engagement,” says Tim. “They get a PR company in to do the heavy lifting. Whereas we prefer to do it ourselves. I’ll give my direct number out and get random calls all the time from councillors and residents. But it’s always better to do this work directly because, ultimately, we are the decision makers and can follow-through on commitments made. Otherwise, it becomes a faceless bureaucracy.”

For Chilton Place, most of the discussions leading up to the final planning decision revolved around a treeline that screened the development neighbouring heritage assets. Extensive and expensive plans had to be put in place to ensure that all parties were happy with the proposals, but, according to Tim, what would typically be considered an ‘excessive’ cost to a conventional developer was a price worth paying. Speed aside, the planting has created a real community asset which will benefit current residents and future customers alike.

“You’ve got to pick your battles really carefully,” claims Tim. “Some issues are determinative and there are others that you can you let slide or take a hit on… Planning can end up being a war of attrition, but you don’t always have time to just sit there and let it play out.”

Owing to the team’s agile management of the process, reserved matters planning permission was approved in December 2019, with the ground broken the following month.

Tim’s focus on one-to-one community engagement is a product of his experience in politics. Having studied politics at Durham University followed by a master’s degree in International Studies, Tim took an internship with now Secretary of State for Transport. Once entrenched in the Westminster bubble, Tim took a fulltime job working with the then planning minister, in the fledgling coalition government of 2010.

Five years working in Parliament ensued, during which time Tim completed a second master’s in Spatial Planning at the Bartlett School of Architecture at University College London. His new accreditation as a chartered town planner enabled him to make the jump into planning. A job at a top a London-based consultancy followed, along with a brief spell with another developer, before Anderson brought Tim into the firm in early 2019.

So, how does working for Anderson compare with his former life in politics? Tim elaborates: “The beauty of the Anderson Group is the team’s ability to do things differently. We do not have top-down board dictates, where everyone has to fall in line and just tick boxes. The onus is very much on us to solve problems and get on with it.

“It’s a refreshing environment to work in, because there are so many talented individuals and everyone gets the autonomy to make decisions, make things happen and move at speed.”