Although university was an option for Sasha Harvey, the trainee site engineer felt that the on-the-job training and industry-recognised qualifications afforded by an Anderson apprenticeship were far better suited to her can-do attitude. With GCSE and A-level exams cancelled for a second year, Sasha explains why there’s no better time to consider an apprenticeship…

My generation has largely avoided the direct health impact of COVID-19. But genuine fears have been raised that we’ll be catastrophically hit by the collateral damage wrought by the crisis instead.

Not only were exams cancelled for the class of 2020, but this year’s cohort have also been told they will not be assessed this way – leading to further concerns that they may not be able to fulfil their academic potential.

However, it is possible that these young people might look at other pathways they may previously not have considered – and find a new route to their dream career.

After all, the government’s £2billion Kickstart scheme is designed to help young people into work and there are opportunities out there in industries like construction, which is going to be key to rebuilding our economy in the years ahead. 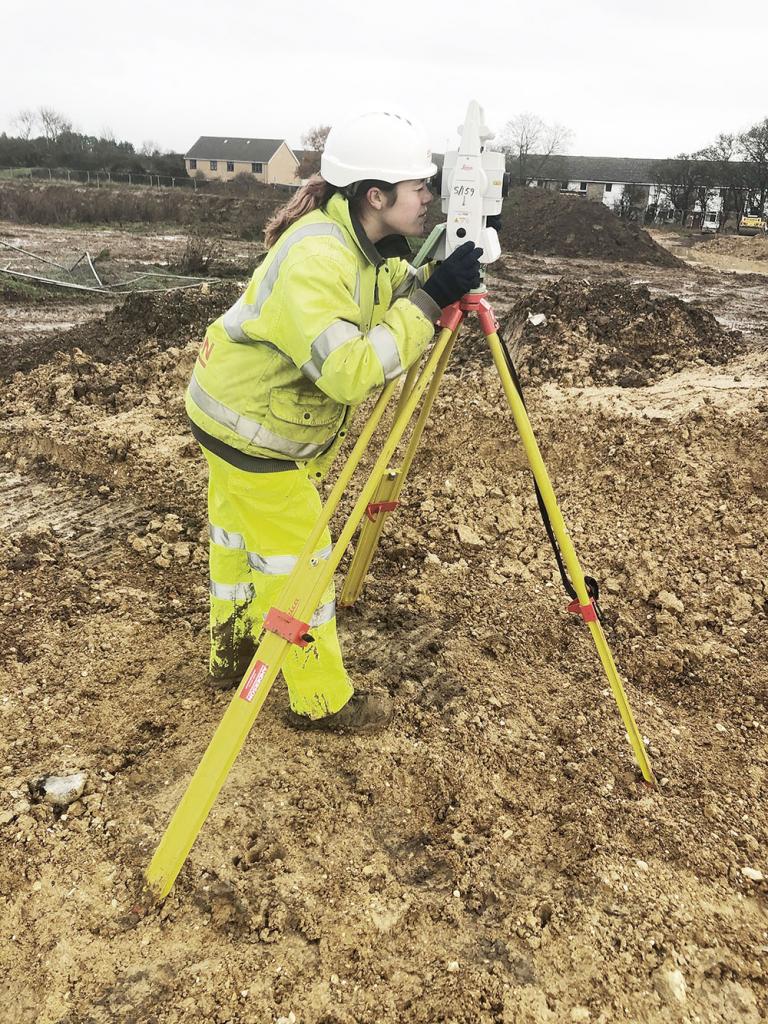 So, what are the options? One of the best ways to get started in the workplace is through an apprenticeship like mine. Not only can you earn while you learn but completing an apprenticeship can increase your future earning potential.

On top of that, there are loads of career choices. People often think apprenticeships are for just practical jobs, but actually there are positions in coaching, business administration, customer service, digital technology, hairdressing and even management positions.

What’s more, with an apprenticeship, you get real, hands-on practical experience in a real job role. You learn the right skills in a real environment.

I started working for Anderson at 16 as part of its apprenticeship scheme. Having excelled in maths and design at school, and university could have been an option for me. But I had a father who worked in the construction industry. I’d be lying if I said he wasn’t one of my biggest inspirations.

I would hang out at my dad’s workplace from the age of 13 and lend a hand on Saturdays. Quickly I realised that it was a lot more fun than being stuck in a classroom.

I’ve now been on my site engineering apprenticeship for two years, have started my level 3 BTEC in construction and the built environment and will eventually earn my level 5 HNC.

In general, I think apprenticeships are a great option for any young person. But especially those who are now questioning the plans they had made pre-pandemic.

In recent years, the construction sector has come to the forefront of Government policies, regarding the pledge to build a significant number of houses and affordable housing. As a result, it has become one of the largest sectors of the economy.

Because of this boom, there is a shortage of skilled labour combined with an aging workforce. And this means there are jobs to be had. In fact, employers in the built environment are crying out for workers.

As the country begins to recover from the impact of the pandemic, there will be lots of people out of work. But opportunity exists, particularly for those who may have had to change course as a result of cancelled exams.

Click for more information on the Anderson apprenticeship scheme