Louie Butters certainly had a memorable start to his 20-year career at Anderson. 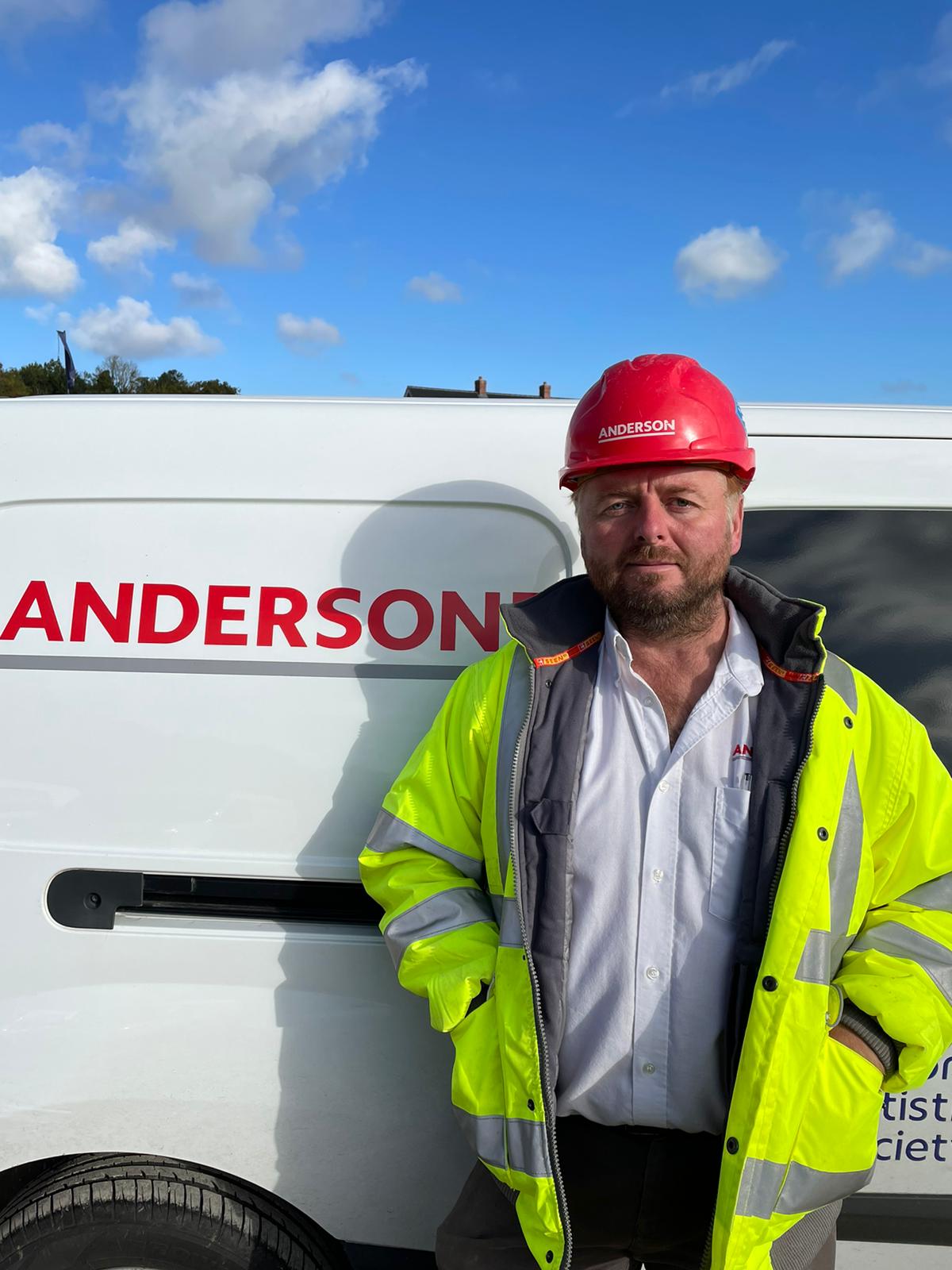 “My first job involved being knee deep in a muddy field, breaking down concrete piles for a house foundation,” said Louie, 43.

“At the time, it wasn’t the easiest start! I’ve now been at Anderson for 20 years and have really enjoyed my time here. It’s a great company to work for, there’s a real sense of loyalty and I work with great people which is so important in a team.”

Louie, from Cornard, is currently based at the Hopkins Homes development at Needham Market. He said: “I started as a Groundworker, and for the last 10 years I’ve been a Site Manager.

“At Anderson, there isn’t a limit to where you can go within the company – there are lots of opportunities if you want to go for it, and you are encouraged and helped along the way.”

For two decades, Paul Townsend has been a familiar face on Anderson sites and a much-valued team member. 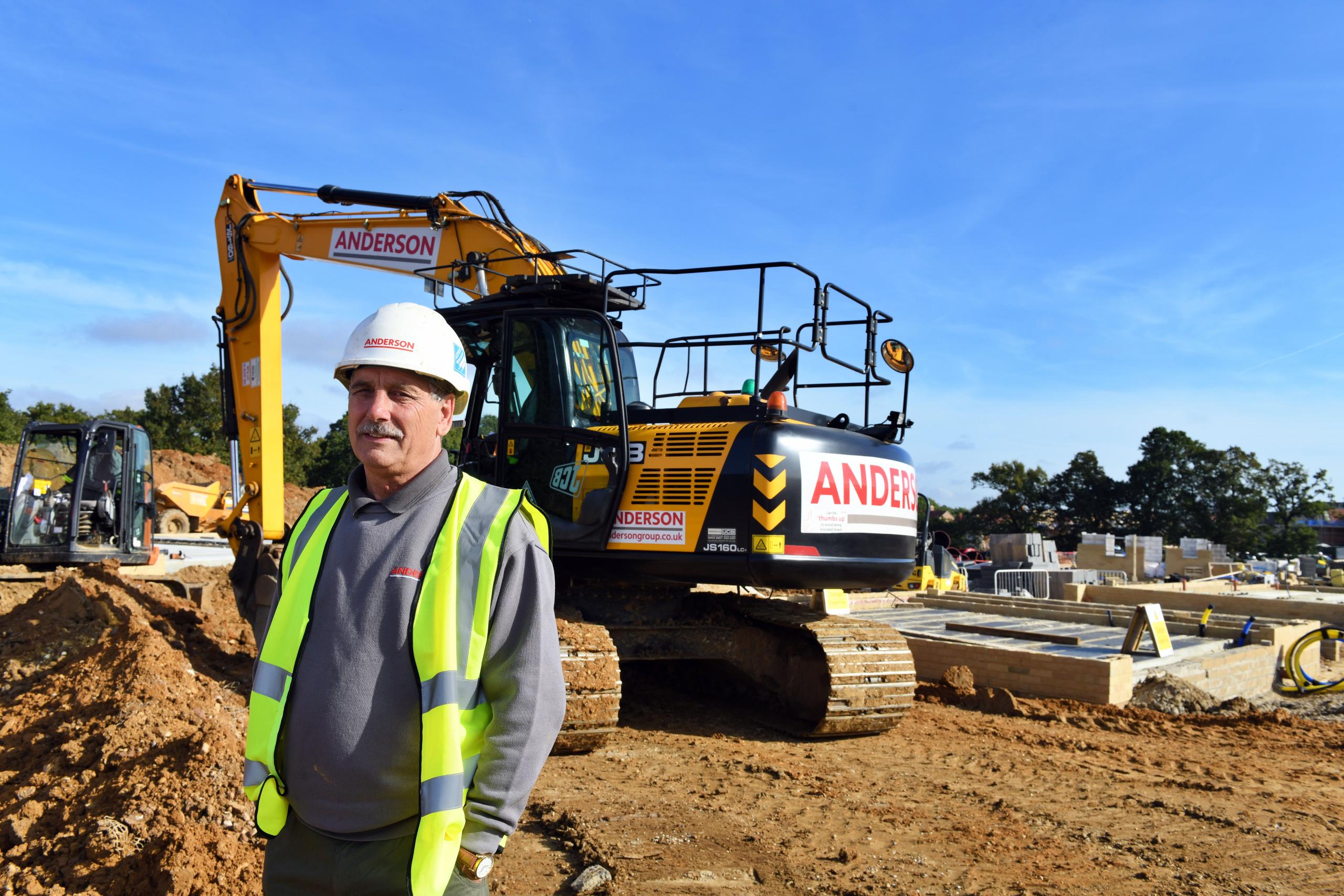 He has spent the last 20 years as a Machine Driver at Anderson, getting to know colleagues on various sites.

Paul, 67, initially applied for the role after a friend joined the company and told him that it was a good place to work.

Years later, Paul is still enjoying his role at Anderson and is celebrating after reaching the long service milestone.

“All the projects are interesting and it’s good meeting everyone working on a particular project,” said Paul, who is currently based at the Chitts Hill site.

“We’re out in all sorts of weather, but as I’m a Machine Driver, that’s fine as I’m always under cover, even in the snow!”

Word of mouth brought Andy Houghton to Anderson, and 20 years later he still enjoys being part of the company.

He joined as a Site Engineer, based on various Anderson sites over the years, before moving to a more head office-based role. He is now Engineering Manager, with 18 people in his team, from trainees to Senior Engineers.

“I really enjoy the variety in my role, there is always a fresh challenge,” said Andy, 56. “One of the things I most enjoy is seeing the development of those we take on as school leavers or trainees.

“We give them site experience, support them through college, and give them a real grounding in the industry.

“To watch them develop in their careers and become site engineers and in many instances move on to other roles within the group is really satisfying and rewarding.

“I also enjoy the being part of a great team, being able to call anyone and tap into their experience, as well as making good friends along the way.”