Oak Farm Meadow in Thorney Green Road, Stowupland, will see the completion of 143 beautiful homes built on a site steeped with historical significance.

The Vistry Group development comprises of a broad mix of house sizes and styles, delivering something for everyone and offering a site surrounded by wide open, public spaces and within easy access from a new junction on the B1115.

The dwellings are designed to reflect the local area, using a mixture of brick and render and will complement the surrounding green spaces, including the oak trees from which the development takes its name.

Formally two arable fields separated by a pedestrian footpath, Oak Farm Meadow has proved to be rich in history with records suggesting that the site was once home to a medieval roadside settlement, represented by a system of ditched enclosures and associated pits.

Significant archaeology finds have been unearthed, painting a picture of the lives once lived on the land, including more than 500 animal bones and pottery dating as far back as the 11th Century. Other finds, and perhaps the most significant, include Middle Age iron artefacts and a Roman coin dating back to the 3rd Century. Evidence of animal butchery has been discovered, suggesting that meat trading took place in the area.

Significant to what will be the legacy of the site, are the findings of charcoal fragments as these indicate that areas of oak woodland were being used for fuel, mostly likely for heating and food preparation. Many Oak trees can still be seen around the area and this link has given the development its name.

Our work on the fascinating 20-acre site has included the welfare set up, completion of the compound, material storage areas, car parking, Covid safe pedestrian walkways and has subsequently involved:

Anderson estimates that more 6,000-man days and 1,750 machine days will be required to finish the scheme.

Anderson Site Manager for this project is Nathan Gillie who oversees 12 Anderson employees. 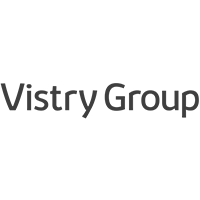 Anderson contracted by the Vistry Group