Wycke Place is on the fringes of the market town of Maldon and forms part of the Limebrook Park Garden Suburb which, in total, will include 1,000 new homes.

Meandering through the site is the original Lime Brook and historical records suggest that the banks of the brook were once home to early Roman settlers with some evidence of this found as part of the comprehensive archaeological studies completed before the development started back in 2019.

The Crest Nicholson development takes in a 15-acre plot and Anderson has been responsible for the Phase 1 groundworks.

The job includes S278 works comprised of the formation of two bell mouths to serve the development, the widening of the existing Maldon Road and drainage improvements and installation or upgrades to existing lighting, signage, bus stops and street furniture.

Anderson also used the topography of the ground for foul water discharges in two locations on the Eastern boundary through pipes installed below the redundant railway line and out through the adjacent Handley Garden development.

Once completed Wycke Place will provide 106 homes with 32 designated as affordable.

Refurbishment and enhancements to an existing pedestrian railway tunnel linking to the wider Limebrook Park development will also take place. 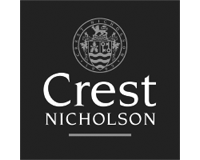